Life, Death and an '82 Chevette

My son Lukas is old enough now (13 months) that I can start teaching him things. He can clap on commend, grab his ears when we ask him to locate them (he also grabs his nose when we ask about his ear so its not that impressive), and if he's feeling up for it, can even say "Kitty" (which sounds basically the same as daddy, ducky and puppy).

Naturally, I spend a great deal of time imagining the things I can't wait to teach him. I want Lukas learning piano by the age of two; I want the word BEEF to connote a fundamental jump shot by the age of three and by five I expect him to play drums for Ben Rector. As you can see below, he's well on his way.

But obviously Lukas has some limitations in what he can learn--some things take time. Some things we are teaching him he wont get until he's much older. And some things, he'll probably learn from us that weren't necessarily trying to teach him. This got me thinking. What things did my parents teach me that I wasn't old enough to get, but inevitably impacted who I became.

My dad used to take us kids to this hotdog joint called Jordy's.  For $1.50 you could get a hot dog or hamburger and a side of fries. The combo came double-brown-bagged; a necessary precaution, as the grease from the food would eat through the bag in about 15 seconds. It became a race against time to eat the fries before they landed on your lap. My dad, unbeknownst to him, taught us the value of finding a good deal, but more importantly the value of getting to know your neighbors. Let me explain. My dad grew up right outside of Detroit, not far from Eight Mile. Yes, THAT Eight Mile. Suffice to say, he had no problem with diverse cities. When my family moved to Illinois, they bought a house next to a corn field. Literally. I am the exact stereotype of the Midwest. I grew up next to corn. The thing about Jordy's, is that in addition to incredibly cheap food it also was a bit more "urban" than...well...a cornfield. My dad thought he was just saving a buck, but what he taught me was much more significant. Race and city lines are entirely arbitrary. People are people. Families are families. The fact that we were the only white family that ate at Jordy's, well that was just a silly little irrelevant detail.

About a year before my dad passed away, he and I took a trip all over the state of Michigan visiting his old college buddies. Mostly I remember the 1982 Chevette that didn't have any AC and this Orel Hershiser book that for some reason I couldn't put down. 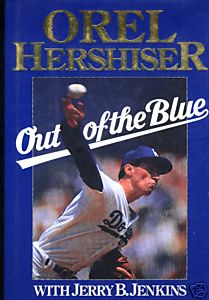 I don't remember anything my dad and I talked about. In fact I don't remember much about the trip at all. I can't remember his buddies' names or why we visited these specific friends. The only thing I do remember is that at each house, my dad would ask if I wanted to play outside for a little bit. In hindsight, I realize he was probably telling them that he didn't have long to live. For obvious reasons, it was probably better for me to not be around for that conversation. Knowing my dad, I'm fairly certain they didn't just talk about his cancer. I bet they relived the "glory days" of their college years (i.e., the pranks they pulled and the fun they had)

I'm sure it was equal parts incredibly sad, and a complete blast.

But I still wondered why my dad took my on this trip. I thought about it for weeks. Then, at about 2AM last night, it finally occurred to me.

My dad was teaching me how to die.

Before you chalk this up as the most depressing thing you've ever read ("Who teaches a 11 year-old how to die!?!?!?!") let me explain. I believe the only way to understand the right way to live is to truly understand and wrestle with our own mortality. In fact, until you realize that you will die, it's next to impossible to not get distracted by the minutia of this world. When death was imminent, my dad made a point to visit his friends and take his son on a road trip across the great state of Michigan (side note, I must have had 15 Vernors). With only months to live, my dad needed to say goodbye, and he needed me to see him do so.  Friends and family are really important. Really, really important.

My dad died well, but more importantly, he lived well.

Lukas may never be a concert pianist, or break the scoring record at Uconn (his mother would be so proud), but I hope he loves people really well. I hope he's a good friend. I hope he lives well. And I hope his parents can show him a thing or two along the way.