How Shabazz Napier Saved My Marriage 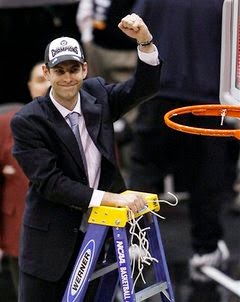 I love Brad Stephens. I think he's the greatest thing to happen to coaching since dry-erase clipboards. Understandably, then, I was pretty excited to watch Butler play Connecticut for a national title four years ago. Given Stephens' genius I figured there was no way they could lose.

Then Kemba Walker, Jeremy Lamb and this boyish-faced freshman from Roxbury, MA named Shabbaz Napier happened. Uconn somehow defeated the greatest coach in the history of the world. What happened next proved to be one of the gravest mistakes of my life. I said Uconn was the worst national champion of all time. Now to understand just how damning of a comment this was for me, you have to know that Sarah grew up a HUGE Uconn fan (as she explained in this previous post). She used to write letters to all the members of the women's team, had Jonathan the Huskie earrings (seriously), and knows just about everything that happened in the Big East in the mid-90s (go ahead, ask her who shared the backcourt with Ray Allen).

So, predictably, my comment did not go over very well. In fact, I would venture to say she never forgave me.

Jim Calhoun retires--probably because he cheated one too many times (thus the post-season play ban placed on Uconn last year) and because he fell off his bike one too many times. Brad Stephens is head coach of the Celtics. Uconn is no longer in the Big East, and the Huskies are now coached by a guy that almost set the record for most NBA teams played for (11 in a 12-year NBA career), and who as the oddest, briefest "personal life" section on his Wikipedia page (No wife? Parents? What about high school he attended? Just that he's a Christian?) 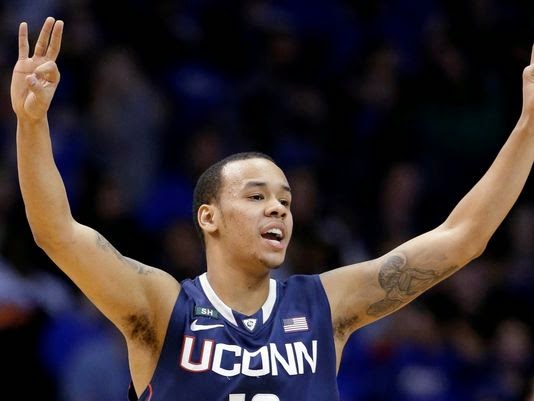 If Shabazz transfers, or leaves early for the NBA there is no way Uconn makes it to the national championship game. Heck, I'm not sure they get out of the second round. But he stayed. And I sensed my opportunity for redemption.

In preparation for the game, I made Sarah cookies: 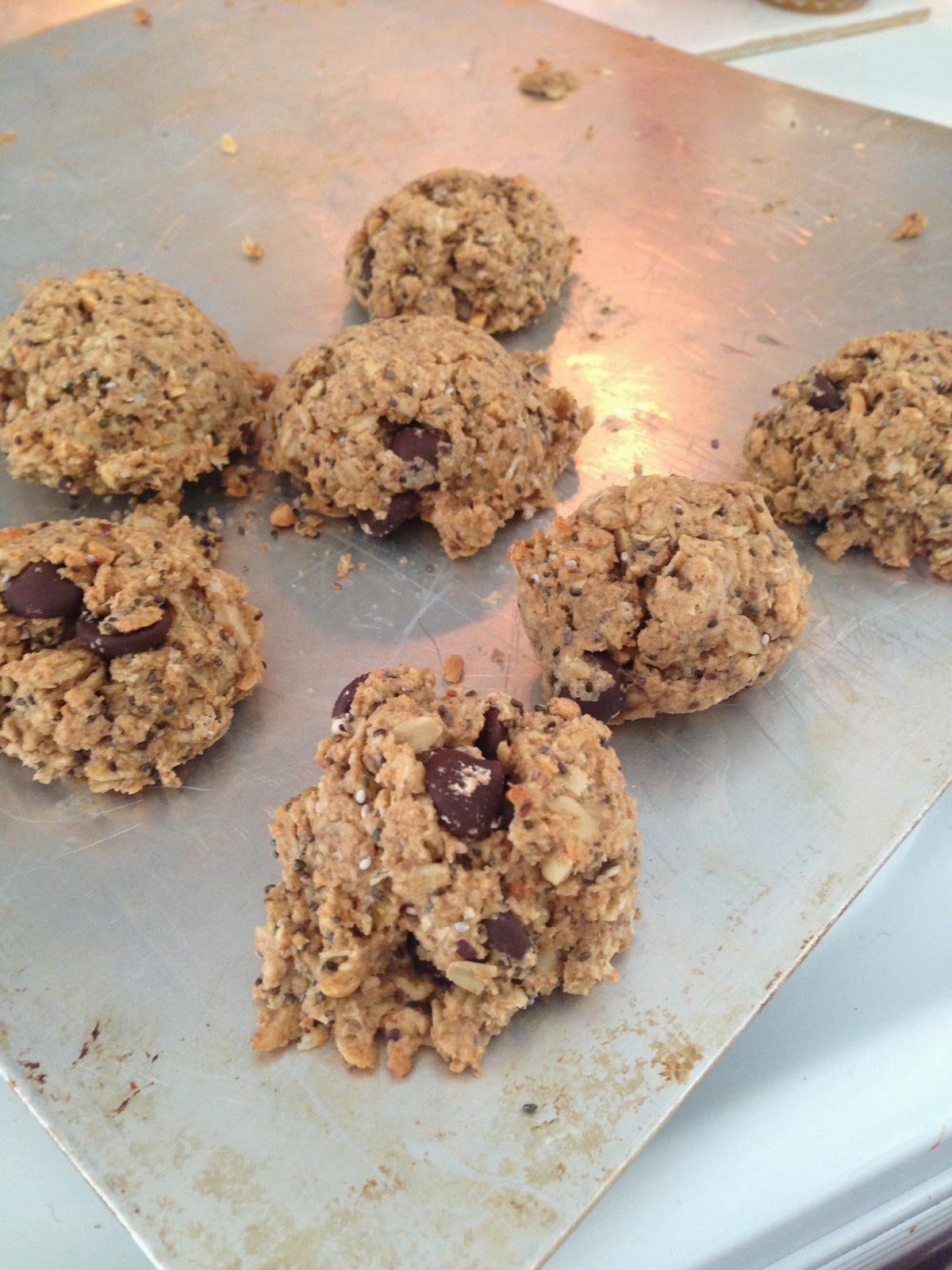 And got "geared up": 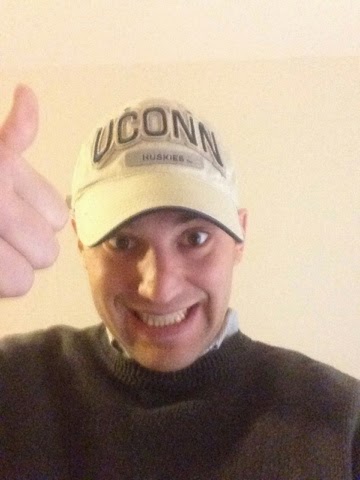 Then this happened...(side note: "One Shining Moment" is still my favorite part of the tournament). 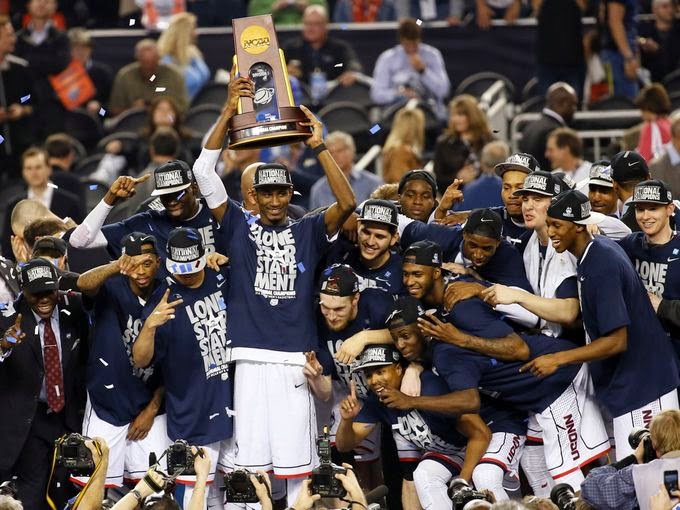 And I celebrated like an idiot with Sarah. So, Mr. Napier, because of you decision to return to college, carry your teammates on your back, and because you won the national championship, my wife has forgiven me and still loves me.

Bless you Mr. Napier. Bless you.