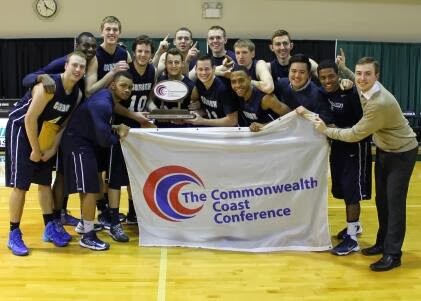 On Saturday, March 1 the Gordon College Men's basketball team won their second conference championship in five seasons. In addition to attending Gordon, I also played on the basketball team and was an assistant coach at the college for four years. In fact I even played a role in recruiting many of individuals on this team. Suffice to say, I had some vested interest in this game.

But an odd thing happened on Saturday.

With 10:32 left in the game, Gordon trailed 56-39. Although a win was still possible, the game started to feel out of reach. Then, surprisingly, the team started playing really, really well. The deficit went from 16 to 11 to 5 to 2, and then in the last few minutes Gordon finally took the lead. It was one of the most remarkable comebacks I have ever seen. As I glanced up in the stands at the player's parents--some of whom had travelled as far as North Carolina and Arizona--I, admittedly, got a bit choked up. I remember them as insecure/arrogant/procotious eighteen year-olds. Somehow they have become young men with incredible resolve.

Of course, I wish I could have actually seen the game. Instead of watching from the stands, I was going back and forth between the hallway and gym trying to get Lukas--my two-month old son--to stop crying. Ironically, I spend the most tense moments of the game changing an exceptionally poopy diaper.

Oh, how my life has changed.

When I used to coach I would tell my players that playing basketball isn't hard. Fighting for your marriage, paying your bills and showing up every day for work is hard. That requires TRUE discipline and integrity.

I kinda wish I had a son when I was coaching. I would have added changing diapers, when all you really want to be doing is...well...not change diapers.


But I think this is the beauty of being a dad. There is something wonderfully humbling about having to care for someone that, at this point in their life, couldn't possibly care less about what you would prefer to do. They will just scream bloody murder until you attend to their needs. Your "preferences" are quite secondary.

I miss coaching, and I hope I can return to the sideline sometime soon. But I am grateful for what my son taught me. And somehow, I'm not sure I would have quite gotten this message if he had delivered it in another way.

If you happen to attend Gordon's first round NCAA tournament game next week, you might see me there. If you don't notice me in the gym, I'll be in the lobby taking care of my son. And as you might have guessed, there is nowhere else I'd rather be.
Email Post