A Letter to my Dad

Losing a loved one never gets easier, it just gets "different" each year.  This, the sixteenth anniversary of my dad's death, could certainly be classified as "different." For the first time, I'm now a dad. Admittedly, I probably write about my dad too much. It might feel a bit tired, overplayed and overly similar (much like anything this band has ever released--for example, this). In fact, exactly one year ago I wrote this. But as I mentioned, this year feels so drastically different.

More than anything, I wish my dad could hold Lukas. 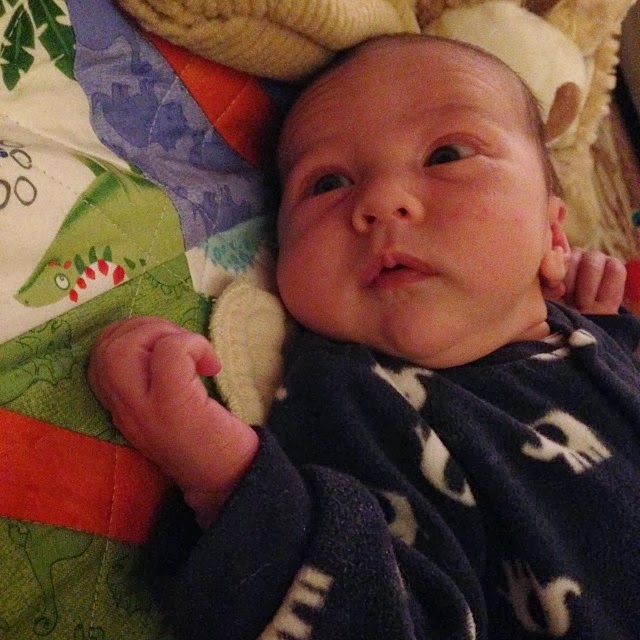 A few months back I wrote a letter to myself. I got to thinking, what would I say to my dad if I could communicate with him? So I drafted the following letter. I know he will never read it...but maybe he hears...

A lots happened since we last talked. In fact, I think the last time I spoke directly to you was at your gravesite about a decade ago. I always appreciated the simplicity of your gravestone. It always felt like you were saying this:

Your message was clear, "Move along, nothing to see; I'm not even here anymore."


I play these silly little mental games. I think about what I would say if we had an hour to talk. I know this sounds crazy, but I think the first thing I would do is apologize. You don't know this, but I once prayed that you would died.

I was practicing my snare drum, and you asked me to stop so you could nap--a pretty fair request, given your illness and my drumming ability. Which sounded a little like this:


But I wanted to keep practicing, and I thought with you gone, I could practice all I wanted. Perhaps this was a bit short-sighted. I know I didn't actually kill you, but I've held on to this irrational guilt-complex ever I since I prayed that prayer. I'm sorry.

The Things You Missed

Quite a few things happened since you've been gone.

Speaking of basketball and Rudy, I almost quit my junior year. Four knee surgeries, and lots of time on the bench almost caused me to leave the team. One night when I was seriously considering leaving the team, I watched this clip. Well...more accurately...I watched this clip about fifteen times.


There's that line where he says, "I wanted to run out the tunnel to prove to my dad...to prove to everyone...that I was somebody" I've had this same thought. In fact, I think I've spent most of my life trying to measure up to you; to be "worthy" to be your son. I acknowledge that this stems from not hearing the words "I'm proud of you son." I know I significant those words can be. I also know how much I long for those words. I also know that it would take even a bad therapist about ten seconds to identify that how essentially all my insecurities stem from this.

But I digress. You missed some other things too:


To be fair, Lukas would be your six grandchild, so by now it would sorta be old hat. Oh, and there's one more on the way.  Can you believe that? We're close to being able to field a soccer team.

Sometimes I worry that I won't be a good dad. And no matter how many times people tell me, "You'll be a great dad", it doesn't seem to stick. Not to beat the proverbial dead horse, but I know why it's hard for me to believe these words. I just wish I could hear you say it.

Your death has caused me to wrestle with this notion of a "good God." You were a pastor; why would God take away a man that had committed his life to serving Him? I still have bad days--really bad days. But watching you remain faithful and committed as the cancer ate away at your body...I'll never forget that. I remember walking down the hallway one night and as I passed your door, hearing you cry. I climbed into bed with you and asked what was wrong. I still remember your response. You weren't crying because you were going to die, you were crying because you said you would miss your family. I thank God when these memories resurface.

I've thought about and tried to answer this question of theophany, or put in laymen's terms, "Why bad things happen to good people."  A good friend of mine (who also happens be an exceptional writer) once told me that he thought dealing with these questions required a deep reserve of "intellectual stamina." What he meant was that C.S. Lewis could just think and think and think and think until he could make sense of things. Most people, like me, get to an unanswerable question and stop. Dad, I don't know why you're dead, and reading, praying and thinking hasn't helped me solve this puzzle. But, I become resolved to the undeniable fact that:


This may be my favorite movie clip of all-time.

Do you remember how many times you made us watch Hoosiers? If it wasn't the greatest movie ever made (or second to Rudy), it would have been borderline child abuse. At times I feel like Jimmy Chitwood (the movie's main character). For those of you that haven't seen the movie (which I think is actually the sixth deadly sin), Jimmy is the team's best player but decides to sit out his senior year after the coach that he loved was dismissed and a new coach was brought in. Ultimately the new coach wins over Jimmy and he decides to play. This is my favorite scene from the whole movie:

I don't expect anyone to understand what I'm about to say, but you dad. Even though it's sixteen years later, at times I'm still overwhelmed and paralyzed by the fact that you're gone. I'm still scared I won't be a good father to Lukas or husband to Sarah, and that I won't care for people the way you did. But I want you to know, that even though we only had twelve years together, and even though some times I can't even remember what you looked like, I'll never forget what you taught me (e.g., it's always cheaper when on a road trip to stop at a grocery store and buy lunch for the family as opposed to going to MacDonald's). For this reason, I know that when the times comes, whenever that time is, because of what you taught me, and how you loved me, when I need to "take the shot"...

I know this is going to be hard for you to believe, but the Packers actually let Brett Favre go after they drafted this cocky quarterback from Cal. And, of course, he's probably actually better than Favre. Oh, and they won a Super Bowl in 2010. Go figure right...