How I Got a Private Tour of Wrigley Field 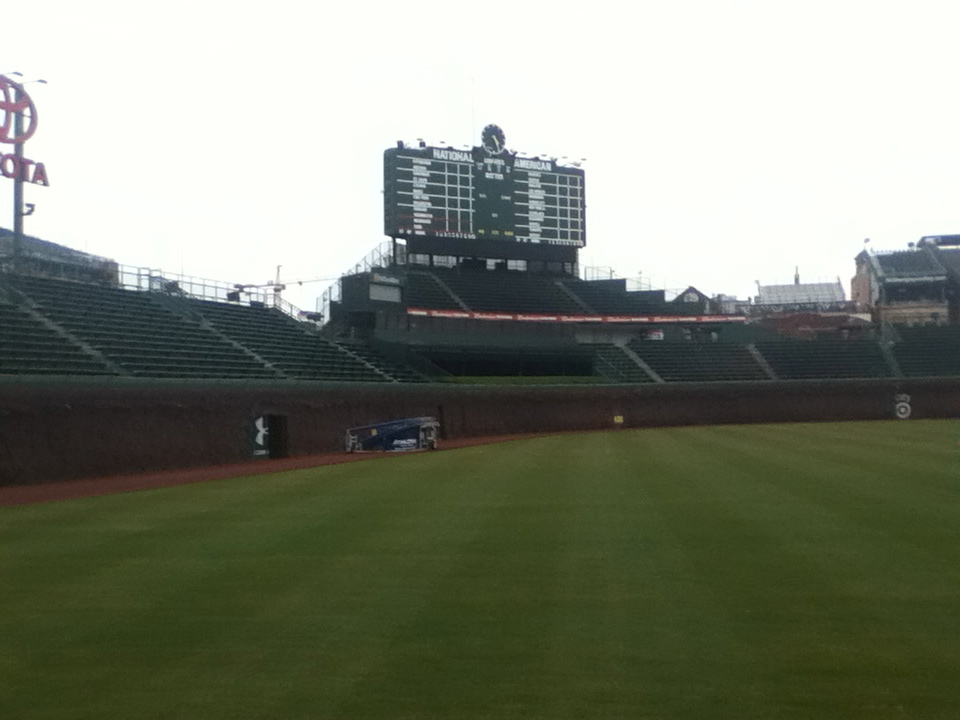 I flew to Chicago this week for a Gordon College event on one of the rooftops on Wakefield Ave across from Wrigley Field. As a life-long Cubs fan, I was obviously incredibly excited about this. Much to my chagrin, awful weather caused the game to be postponed and the event cancelled.

I heard the game was cancelled from a few stadium employees that had congregated in the McDonald's near the park where I was grabbing a quick cup of coffee and essentially wasting time until the event began.

A few minutes later a wonderfully nice older woman named Jan asked me if I could watch her belongings while she used the restroom. Jan was decked head to toe in Cubs gear--obviously a stadium usher. She returned and we chatted for a few minutes about the game, the team and her job (she's worked at the stadium for 11 years).  Eventually I told her about how I'd flown all the way out from Boston to be at this game and how I'd grown up cheering for the Cubs, etc.

"Well we've got to do something for you."

She was waiting for her friend, Dave to meet her at McDonald's. Dave arrived (a fellow usher) and I told him my sob story. Two minutes into the conversation he stopped me, grabbed my arm and said, "Follow me."

How do you not trust someone wearing thirty-six different Cubs pins affixed to their jacket?

It didn't take long for me to figure out Dave knew people. We walked the 500 or so yards from the McDonald's to Wrigley and Dave must have stopped and chatted with fifteen people. Eventually we found who he was really looking for.

Hailey is Dave's supervisor.  Dave retold my story again. Hailey was a bit skeptical. Eventually you seemed to give in. "Give me five minutes", she said.

At this point, I was starting to get giddy.

After a few minutes she emerged from the gate waving us over. "Keith, this is Carl. Dave and Carl will show you around the park."

So me, Dave and Carl (another one of Dave's bosses) made our way through the stands at Wrigley Field. The ballpark holds over 41,000 people. There were three people in the stadium. No exaggeration.  Me. Dave. Carl.

We sat in the Bartman seat; I got the full rundown on the rooftop owner controversy and I heard the inside scoop on the Ricketts family.

All in all it was pretty incredible. I probably would have been brought to tears if it wasn't 20 degrees and my tear ducts weren't frozen. One of the coolest experiences of my life.

Bless you Dave, Hailey and Carl.

I apologize for the quality of the pictures. They were taken with my iPod. 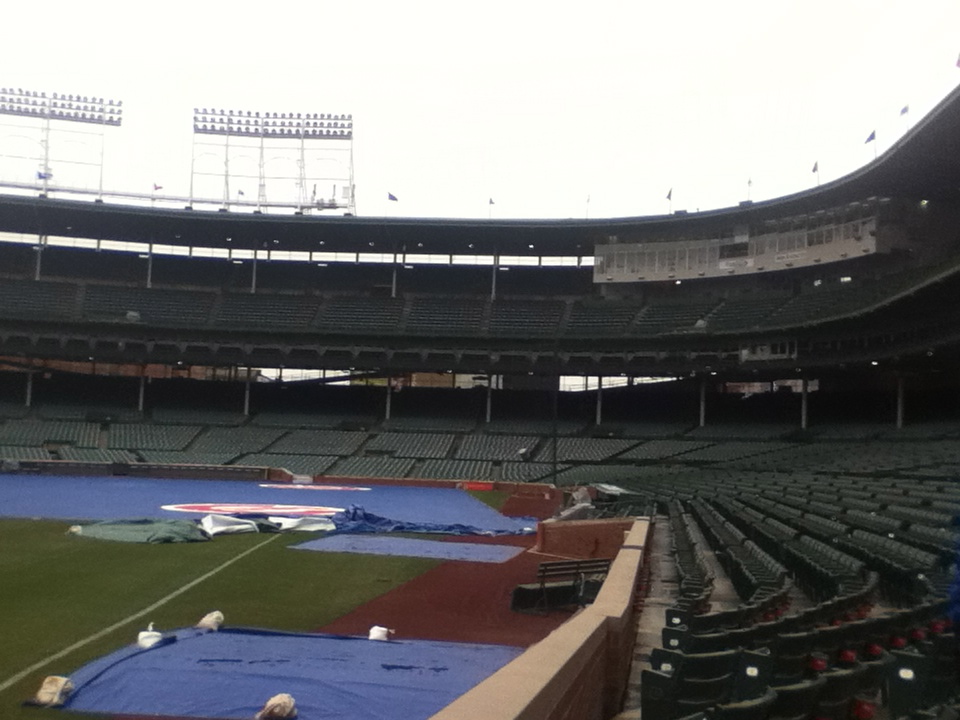 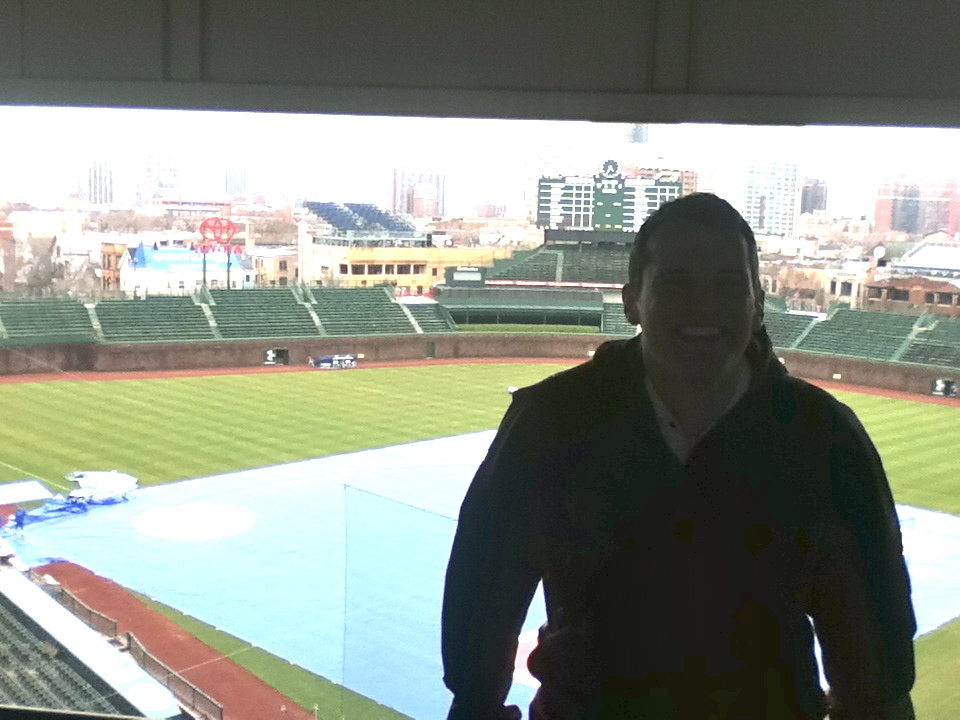 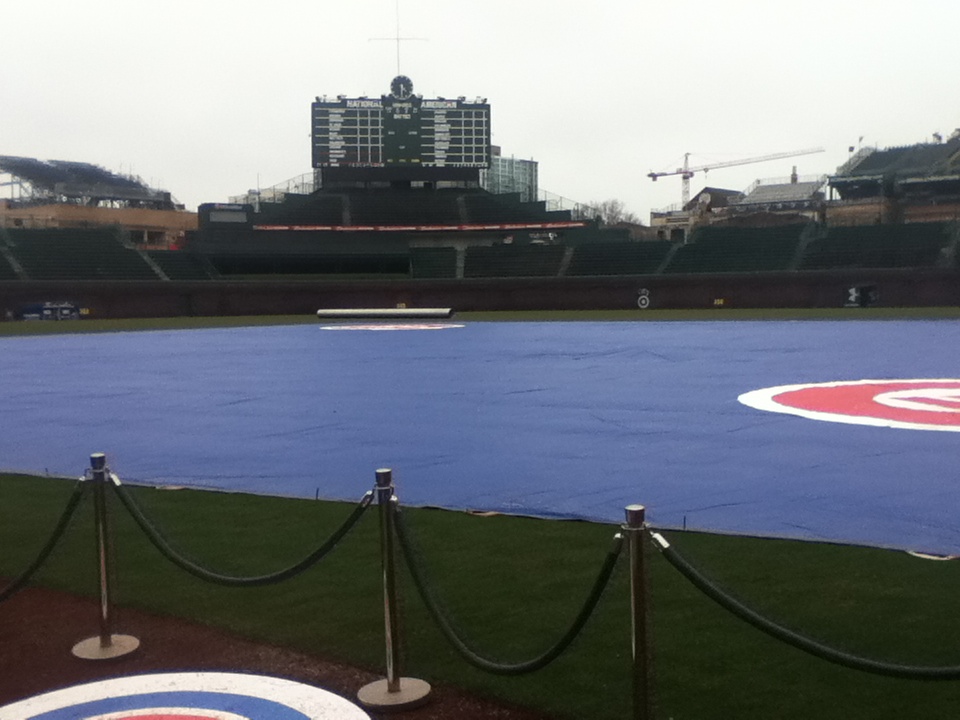 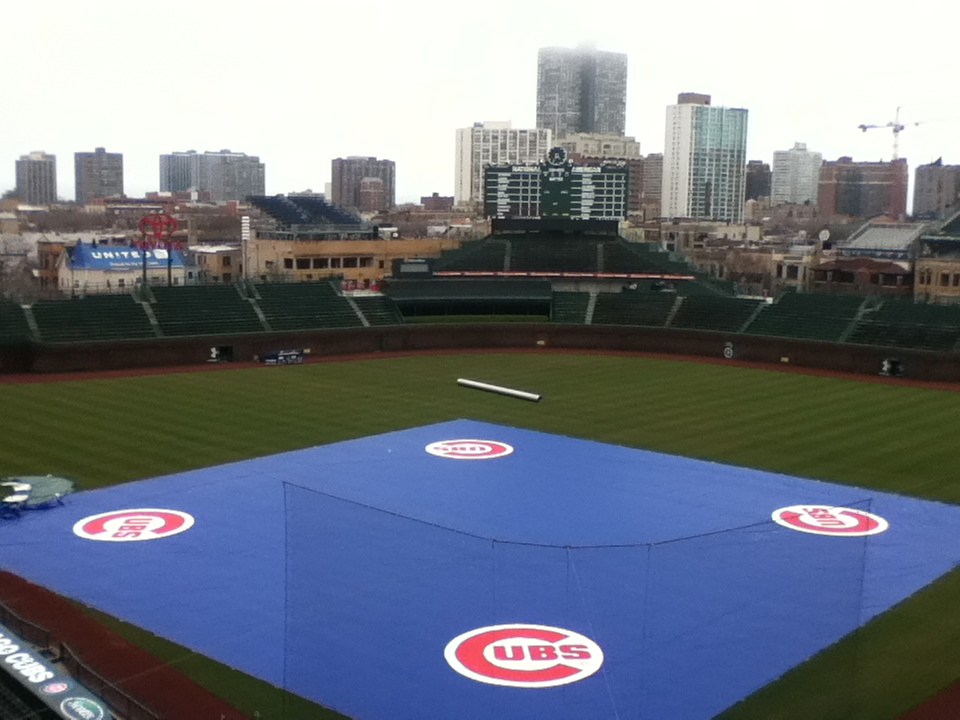 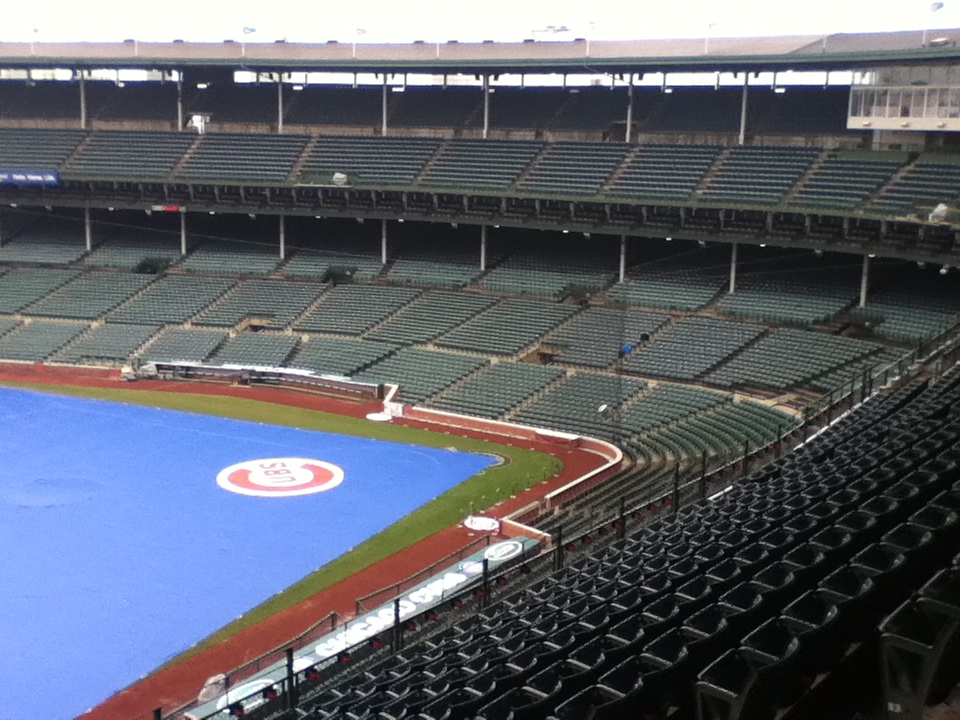