Every Christian Should Vote For...

This guy. Seriously. Best president ever.


If it isn't obvious to you who I'm referring to, David Palmer was the President of the United States in the TV show 24. 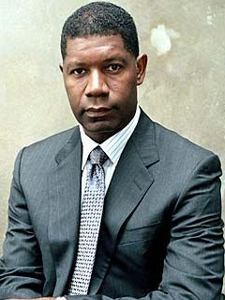 But because, Palmer probably isn't a realistic option for the 2012 election, who should Christians vote for?

I got this text from a friend a few days back, "Help me understand politics from a Christian view point. Can you blog about it?"

Sure, no problem. Easy task right?


I'm willing to take a stab at it but first allow me to qualify. I don't know a lick about politics. A few years back I told a friend that, "I'm a democrat because I just don't like the idea of the government deciding for us where all of our money should go."


He told me I was slightly ignorant. He was right. I'm still ignorant but I do listen to NPR every morning. Surely that counts for something. But I digress...

Meaning there is no easy way out. Now, I know what you're thinking. It may be painfully obvious to you who Christians should vote for. If you fall into this category, you can probably stop reading this blog post. Honestly, I'll probably just make you really mad. I will be the first to admit, I am no expert. But, I wanted to take a stab at the issue my friend raised in the text, if for no other reason than to put myself through some mental calisthenics.

Here's my take (put concisely): it doesn't matter who you vote for.

[pausing to allow for you to murmur terrible things about me under your breath].

How about I phrase it this way: We cannot put our hope in the government to fix things.

I absolutely think that Christians need to engage the political system, should become educated on the candidates, vote in every election (local and national) but the breakdown, in my opinion, comes when Christians expect all the issues they are passionate about to be resolved by the government.

Issues like abortion, poverty, crime, greed, etc. will not drastically be changed by the next person to set up shop in the Oval Office. I promise.

If you are a Christian (or a human being), you should absolutely vote, but to quote...myself, in response to my friends text:


Christians have, without realizing it, put their hope in the Government. We can't expect the world to change through the political system. We should it engage it--it can help--but we can't expect the "Kingdom" to be established through a democrat or republican.

If this post absolutely infuriates you, feel free to throw a tomato at me next time you see me.

But before you do so, look at this cat. It'll make you feel better.

P.S. I hope to do a retro-diary (a la Bill Simmons) for the Presidential Debate tonight. 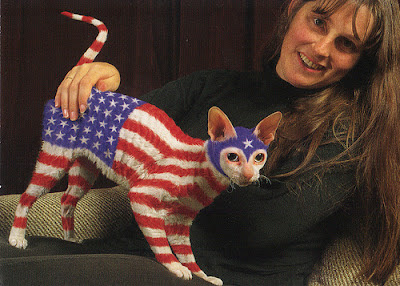