Best Advice: What To Do When the Buffalo are on the Quad 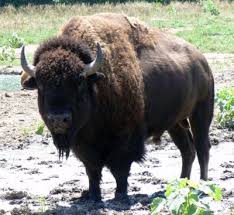 One of them said, "You are never ready and you are always ready." His point was that we are never fully ready for something, but life experiences are preparing us for almost anything (kid, marriage, new job, etc.) He retold a story his mentor once told him. His mentor had just started his post as an administrator at a Christian college in the Midwest. More concisely put, it was his first day on the job. He got a call from a disheveled colleague saying that "The buffalo were on the quad." Logically, he just assumed this was code for a rambunctious faculty member or something (I'm stealing my friends joke), but no, buffalo from a local farm (is there such thing as a buffalo "farm"? Should it be "ranch"?) had literally made their way on campus. Eventually they got ride of the Bison and crisis was diverted.

Suffice to say, you are never ready buffaloes but you figure it out.

The second panelist mentioned how it's important to let our immediate environment inspire us and the third panelist told a moving story about how she realized just how valuable her mom was by watching her prepare a Thanksgiving meal.

After the event, I was approached by the mother of an old friend (ironically), who happened to stumble on the event while her son was visiting the campus on a recruiting visit. She asked me, "Keith, what advice would you give."

So it here it goes, my best advice.

Tell someone you care about that you love them. I mean it. Seriously. Today. Do it now. I can never tell my dad "I love you dad. Thanks for everything." I will never have that opportunity. Don't wait until tomorrow. Do it today. It's even better if the person has never heard it before...