Last Thursday and Friday (September 13-14) Michael Gerson was on the campus of Gordon College delivering two lectures and meeting with a few student groups. Gerson has lived a life in politics, but is best known as President George W. Bush's chief speech writer. Political leanings aside, it was incredibly interesting to hear him describe life in the White House (e.g. Bush demanded his staff always be wearing a tie when they entered the Oval Office and despite how the office was portrayed in The West Wing, he said it is actually a pretty quiet working environment).

After his Friday morning talk,  I joined Gerson and a group of students for an informal discussion about politics, education, and whatever other topics came up (As White House lore goes, apparently LBJ "went to the bathroom" on one of his assistant's shoes. When the assistant asked him why he would do such a thing, LBJ said, "Because I'm the president"). I try to stay in the background at events like this and allow students to ask a majority of the questions, but I had one question I couldn't hold back.

Keith: Mr. Gerson, what was 9/11 like for you? What were you doing on the actual day?

Gerson's response surprised me. The very first thing he said was that he was incredibly frustrated by the amount of traffic on the highways that came as a result of the attacks. Gerson, you see, had to get to work. An interesting aside, Gerson apparently saw the plane that would eventually hit the pentagon fly over his car that morning. 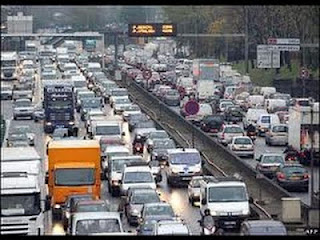 Gerson was frustrated by the traffic, because he knew he had to get to DC to begin working with his staff on the inevitable slew of speeches the president would have to give. Initially, I found Gerson's response cold and frankly somewhat insensitive. But as he continued to describe his day, I found myself becoming more and more sympathetic to his desire to get to work.

I was sitting in Doug Hobbie's history class when I first heard the attacks; and I was in van driving home from a soccer game when I heard President Bush' speech the evening of 9/11 (in retrospect, it's hard to believe my small Christian school still played this game. We simply did not know how severe the attacks were until we were eating our post-game meal at the Burger King in Lake Geneva and actually saw the planes hit the towers on the restaurant's TV).

Slowly I began to understand why it was so important for Gerson to get to work. A few months ago, I wrote a post about how the best leaders have a way of keeping calm when the world is in chaos. I still think this is true, but it is incomplete. In a time of crisis, the best leaders understand the significance of words. After 9/11, the nation needed, arguably more than anything else, to hear something.

I've thought about this a lot over the last few days. I certainly am guilty of minimizing the value of words. The things I say to coworkers, my tweets and facebook posts--I am definitely guilty of cheapening language. Obviously it would be ridiculous for me to compare my words (or this blog) to a presidential speech, but too often I do not even consider the influence of my own words and how potential uplifting or devastating they can be.  I am guilty of not giving my words the appropriate weight.

When the world was entering into crisis, Gerson was focused on words. And I think he was unto something.