We are making history tonight on 1000goodmornings. We have our first guest blogger. The one and only Fultorious. In case you need a crash-course introduction, watch the Youtube video below. It's worth your time.

Some of you know me and some of you do not.  Allow me take a moment to set the stage and introduce myself.  I grew up in Connecticut, this is perhaps the most pertinent biographical detail of my life.  Now if you are not from CT,  you have probably passed through only to find yourself stuck in traffic on 84 trying to get out of New England on your way to New York City or some other “southern” state.  If that is your story your thoughts on Connecticut are probably very negative.  In fact, look at what my dear husband said about my homeland in a blog he wrote while his brother Karl was in and out of the hospital.

Now I might add he chose to propose to me there AND our wedding was there….I think his mind is beginning to change.  But I digress. 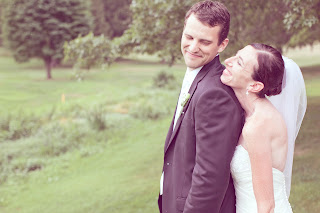 The reason it’s important for you to know my home state is so you understand that I grew up 100% obsessed with the UCONN Huskies.  I started following them religiously during the 94-95 season.  The UCONN women became the #1 team in the country for the first time after beating Tennessee in the middle of the season and went on to finish 35-0.  Nice record--good year to start following them.  Then the next year the men’s team even won the Big East Conference. Unfortunately they could not find that elusive national title.  So logically as a little 5th grader I cut out every article in the Hartford Currant and saved it in a folder about my favorite team.

We don’t have much in Connecticut for sports.  I mean, we still had the Whalers at that point but they would soon be taken from us (Carolina? Seriously?).

Really the only teams everyone could get behind were the UCONN basketball teams and I personally felt no one could cheer for them quite like me.  I even had Huskie earrings. So again, why does this matter?  Two words. Ray Allen.

It was his junior year in the 96 season--his last year at UCONN. But he won my heart then, and he still has a piece of it now (sorry Keith).  You can imagine my sheer joy when he was signed to the Celtics and became one of the Big 3.  I felt like Ray was coming home, to New England, or more so to me.  The passion I once had in following every UCONN game was now put behind that Celtics team.  The first season he was here I literally may have watched every game.  You might be saying, how is this possible, do you know how many games are played in an NBA season?  I know I know.  I was in grad school, I babysat during the day and thanks to the wonderful channel of Comcast Sports Net, they showed almost all games on repeat the next day.  So I watched every game with a six-month-old baby.  To my UCONN delight Comcast Sportsnet hired Donny Marshall (remember him?) to comment on the games.  Perfect.  So I’ve had it good these last years.  Real good.  And then this free agent stuff comes up. WHAT!!!!! My mind is spinning. Ray leaving?  What happened to loyalty, the idea of team?  He might go to the Heat!!!! ARE YOU KIDDING ME?  You can try to explain this a million ways to me, that decision will NEVER make sense.  In my heart of hearts I have to believe Ray will stay.  I have to.  But while we wait in anticipation as he meets with two possible teams this week, I devised a plan to keep him here in the event that Ray didn’t accept Mr. Ainge’s offer. All I need is one thing, an investor.  So readers, who wants in!?
I went to California two years ago and my life was changed.  Why?  Two words: Frozen Yogurt.  It’s everywhere.  It’s wonderful.  And it makes people happy.  Really happy.  When I was there I basically abandoned all meals and only ate frozen yogurt.  Sure there were Pinkberry’s but there were also hundreds of other, very similar shops all offering the same sort of delicious creamy-goodness.  When you walk into these stores you know what I noticed…EVERYONE is smiling.  Now you have to know, I’m a therapist for a living.  Sometimes I leave sessions wondering if anything impactful or good is happening, it’s hard to measure progress.  If I worked at a frozen yogurt store I would no longer have that challenge, I would literally be making everyone’s day (except for those who are lactose intolerant…I’m very very sorry if you are in that category.)

So I returned from California with a grand plan, Beverly Hills may be loaded with these shops but Beverly, Massachusetts is majorly short on the frozen yogurt joints.  No longer! Not if I can help it!  I will bring this “healthy” frozen yogurt experience to the main street in Beverly—Cabot Street. I know people would love it, I would help people be happy, joyful, and love life just a little bit more.

Two years ago I proposed this grand idea to my then boyfriend, now husband, who simply laughed at the idea.  I didn’t exactly get his vote on confidence.  So I did not pursue this money making guarantee and continue to work as a therapist.  As a result in the last two years these shops are now popping up all over the place, even culminating in a Pinkberry opening up right in my hometown. Clearly, the times have changed, my market is getting smaller and I now think my husband is a believer in the plan that might not come to be.  But mark my words, it still could be a HUGE business if I had one investor and the profit I would make I would gladly give to Ray, to help him stay with the Celtics (that’s right, I’m talking a major multi-million dollar yogurt shop here).  In my gratitude and dedication as a fan since the beginning I would take my earnings for the shop and boost up the salary Ray could sign for with the Celtics to stay in Boston.  But we are not just talking dollars here. In addition to the salary increase, I would rename the original “tart” flavor, “flavor-ray”, employ Ray’s mom for her entire life and give free Husky puppies to every 100th customer. Ray, I would do this for you.  Selfless, I know.  But I will say this, Ray if you entertain those thoughts of going to Miami any further, my deal would be off and my unending dedication to you as a player may come in to question….

Obviously the opening of the PinkBerry in North Beverly will probably take away some of my profits. I hold my husband he is responsible for me not opening a shop sooner. If Ray Ray does go to Miami (or anywhere else for that matter), Keith better be prepared to give me back massages every day for the next fifty-five years of our marriage. I’m not kidding.

The next week will be very interesting.  There is a chance you may find me at my local Pinkberry drowning my sorrows in the original tart flavor covered in toppings mourning both the fact that I am not the owner of this fine shop and that Ray might not see another day as a Celtic.

We have to wait and see.