We went to church this morning. The church service was probably a little longer than our guys are used to back home (it approached 3 hours) and the music was a little "different." let's just say the guys burned about as many calories during the music portion of the service as they do during the games. The lyrics in one of the choruses was "I feel like I can dance, I feel like I can run." In El Salvador you don't just "feel" like you can do things. You do them.

The guys were asked to share their favorite verses and Park shared his testimony. At one point Park (and several people in the congregation) were moved to tears (it's hard not to be when you hear his story). We found out later that emotion and candor is not something commonly displayed by visiting Americans. Several members of the church said it was very, very meaningful to them.

After some down time this afternoon we went to the city of Quezaltepeque where we ran a clinic for about 60 kids. After the clinic Luke, Garrett and Parque (Park) competed against three of our opponents in a three-point contest. Garrett lost in the final round. The guy that won could fill it up despite being about 5'4". He was a very good shooter.

After the contest we played against the city team. We won by twenty or so. I think the guys would say this was probably their favorite game so far. There was close to 500 people at the game. The combination of loud fans and music being played over the loud speakers throughout the entire game made for quite an environment.

The mayor of the city spoke for a few minutes before the game. He also attempted a 13 foot hook shot with everyone watching. He missed. Most importantly the mayor and his wife prayed with William and a local pastor to invite Jesus into their lives! The pastor plans to follow up with him over the coming weeks.

After the game coach Murphy and I shared a table at dinner with William, Jaime and Louis. They said that we have no idea how much of an impact our guys are having on the people they meet, especially the young kids. They assured us that we are planting seeds.

On a personal level, I was deeply grieved to see that the Packers popularity has migrated south (I'm a Bears fan). See photo.

Tomorrow we have a game at 2pm and 6pm. The game in the evening will be played at the national gym. We've been told its really nice. 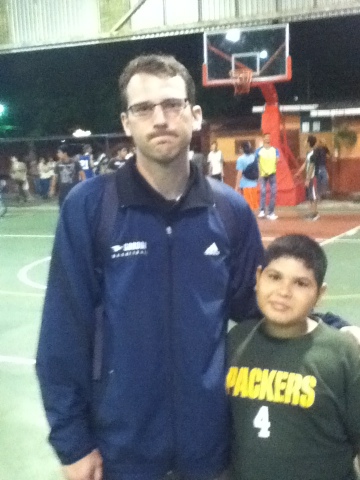 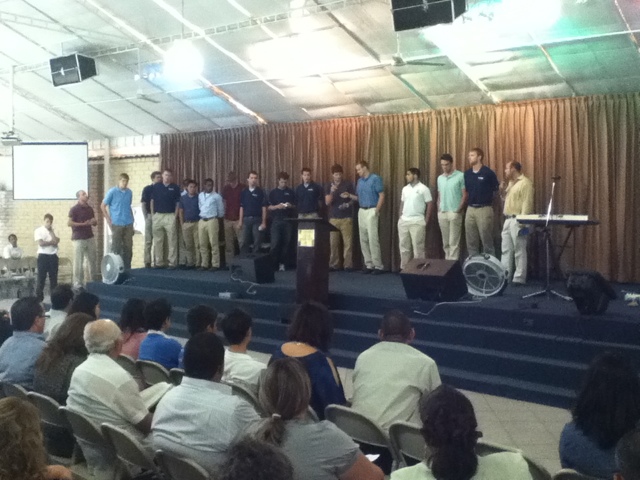 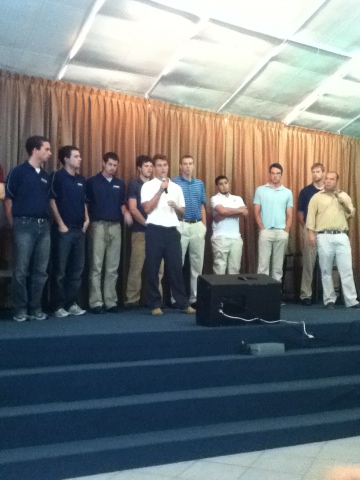 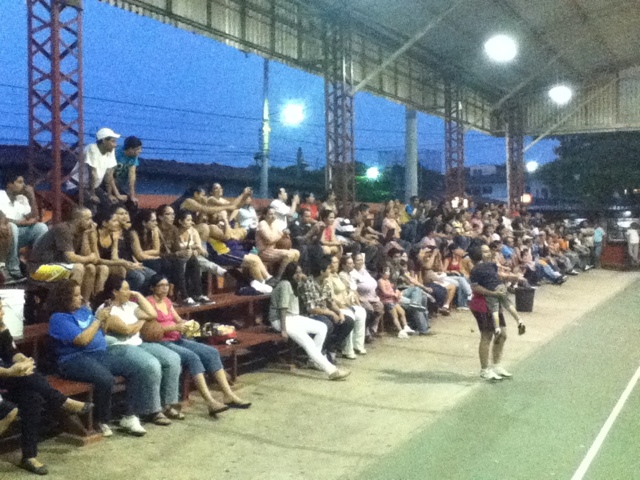 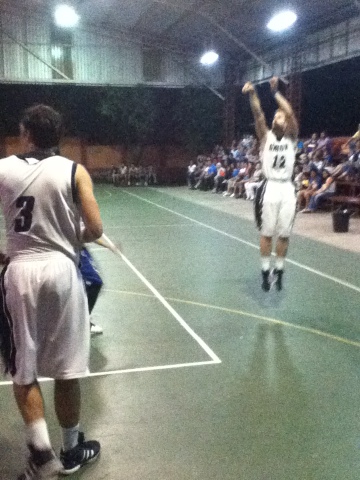 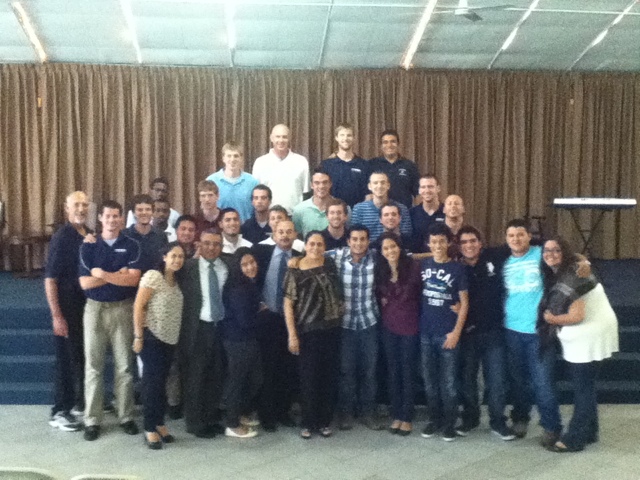 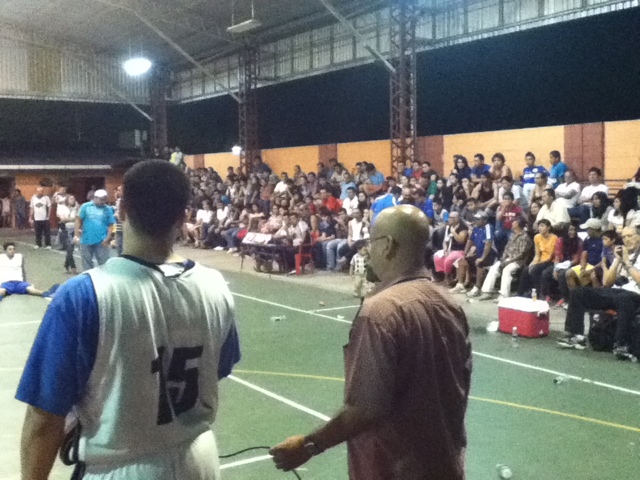 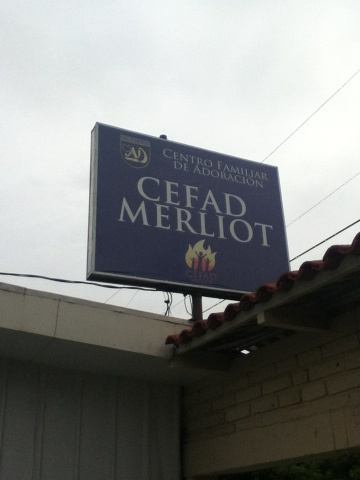 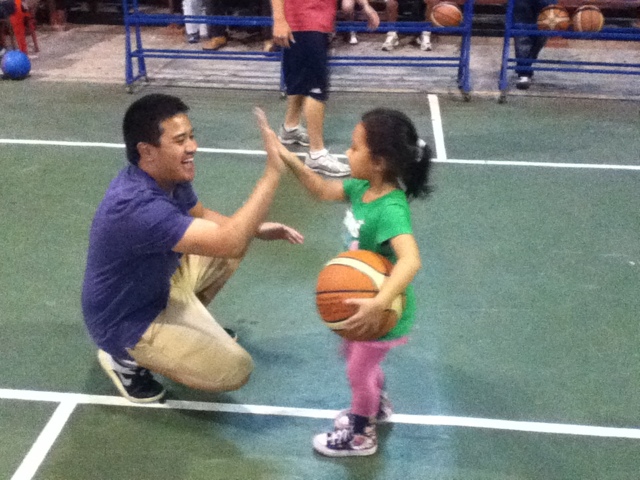 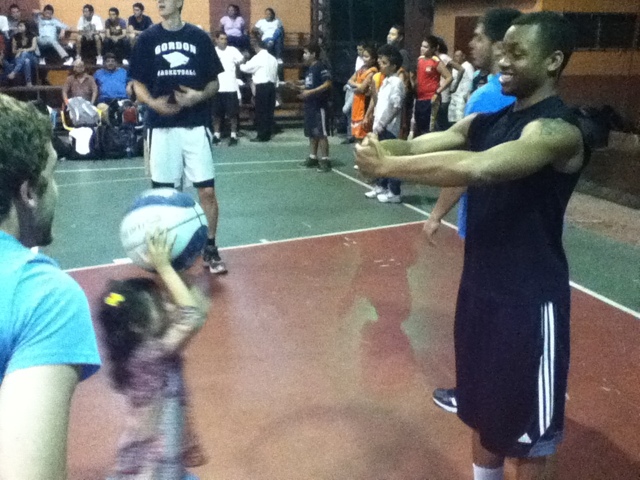 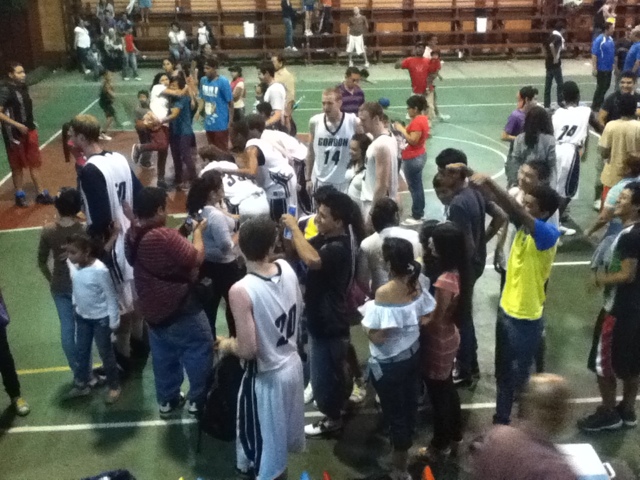 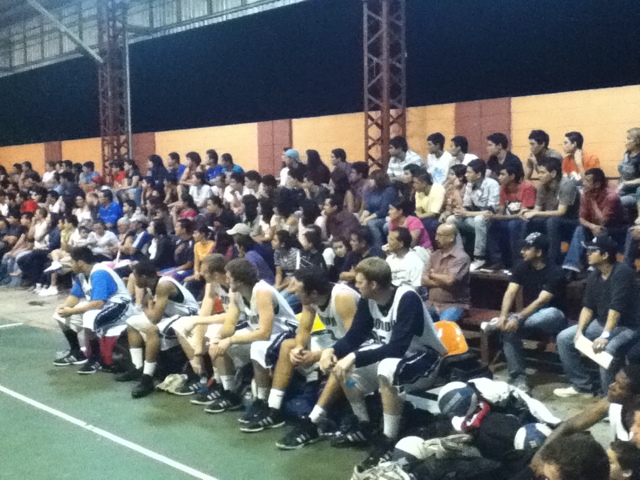 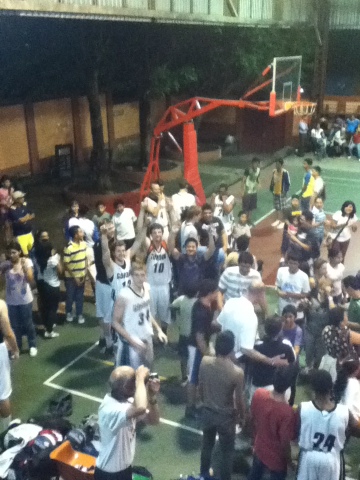 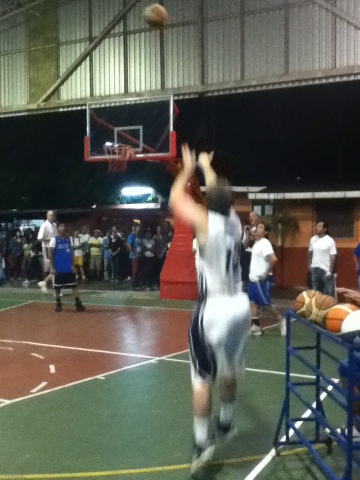 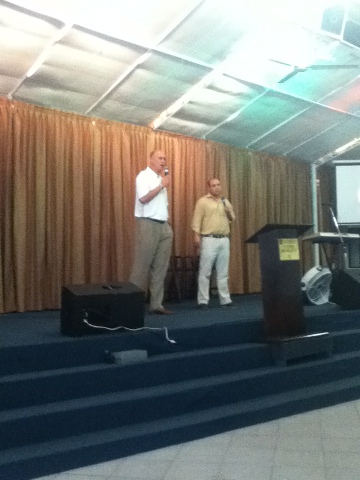