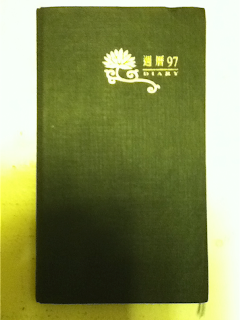 A few months ago I spoke to a local middle school  about my nonprofit So We Run. I spoke mostly on how the organization got started and what we do, but I reserved the last few minutes of my presentation to share a story with them. A few years after my dad passed away I stumbled upon what I thought was his journal. I was thrilled to discover what I thought would be a window into his life, thoughts, dreams, hopes, etc. The journal was from 1997; significant, at least I thought, because my dad died on February 1st of 1998. This may very well be a record of his last year alive. 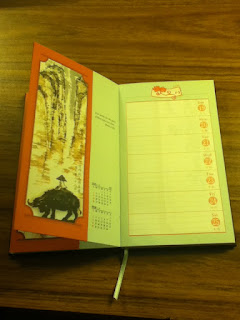 You can certainly understand my disappointment when I opened the small black book and only found an empty planner. I rifled through page after page but only found an empty calendar. Seriously, dad! Are you kidding me! Are you really so lazy that you can't even leave a message for your youngest son! Needless to say, I was furious. 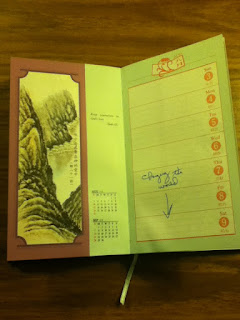 What? What on earth does this mean. The phrase appears eight times throughout the course of the year, then eventual my dad just started writing "CTW." Apparently writing out three full words became too difficult a task. I spent a lot of time very angry with my father. I thought he was incredibly selfish. 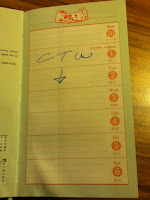 Then I started thinking about it. The only words my dad left me were "Changing the World." What's more, the only thing on my dad's schedule was to change the world (he certainly didn't lack ambition). Maybe that was his point. Maybe that's all he wanted to leave me. Maybe he was lazy, but maybe he wasn't.

I shared this story with the middle school. I told them how I think my dad was giving me a "calling" for my life and how I honestly believe they could also be world changers.

Earlier today I received this email from one their English teachers, who also happens to be a close friend of mine.


Recently my students had a writing assignment where they had to either tell a part of their story they've always wanted to tell, OR respond to one of the guest speakers we've had in 8th grade this year. I got a variety of pieces from the kids, but as I suspected, you made an
impact on John (the student's name has been changed), who chose to write about you. With his permission, I'll give you a copy of his full paper, but below is a little excerpt
I thought was worth sharing:

"But the biggest affect Keith had put on me was when he had spoke about his dad passing away when he was around 12. Many people get mad at their lives and turn to doing bad things like drugs. But instead of heading down that road Keith had used this to motivate himself to make a change in the world. This influenced me to do the same with what I'm going through with my mom. Like him I'm also going to try to turn some negatives into positives instead of being made at my life. That was what I had loved the most about his presentation."

I fought back tears while reading this. This 8th graders "gets it" way more than I ever did, or maybe ever will.

Changing the world is a pretty significance task, but you can't for one second convince me that this student isn't capable of doing so.