How My Life Changed because of a Terrible Prom Date 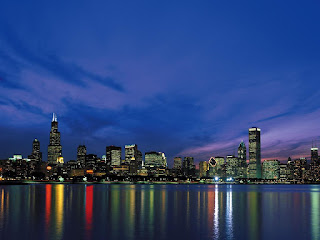 My life changed because of a terrible prom date I had when I was 15 years-old.  Full disclosure, it wasn’t really a prom date. I went to this wonderful little Christian high school in the Chicago suburbs. There was a fear among the administration of the school that “rave, sex and debauchery” were all synonyms for the word “prom.” As a result, our "prom" was known as “spring fling.” Surely nothing “debachuerous” could take place at such an innocently named event.

(By the way, I'm the goalie in this picture. This is from 6th grade, but I probably was actually cooler in 6 grade than I was as a 15 year-old)

I should also say, my evening was not ruined by my date. Well, at least not directly. She was a very nice girl. We were friends--really nothing more, nothing less. We both needed a date. We were both tall. Although that essentially ends the lists of our similarities, it worked.

For this particular “spring fling” (given the disclaimer at the beginning of this, I can’t help but put quotes around the term) we decided to board “The Spirit of Chicago”, a boat that provides it’s guests a pretty remarkable view of Chicago as it navigates the coast of Lake Michigan. We weren’t the only high school on the boat. In fact, watching the other schools dance, it became pretty clear that they called their senior formal “prom” not “spring fling.” There was lots of hip-shaking. In case you are curious, we were not allowed to dance.

About halfway through the evening I became slightly…antsy. I didn’t really care for the food, and the music in the other room was getting…sinful. I needed some fresh air. I have to admit, I do feel kind of bad for my date.  I was…well…kind of a jerk. Every once in awhile I fall into a psychosomatic, self-absorbed, self-pitying stupor. In case you’re wondering, this still happens every so often. Ask my wife. It happened last night (Sorry, Sarah!).

If we would have been high school sweethearts I probably would have stayed at the table. But we weren’t, so I left.

I went on the bow of the ship and spent the next forty-five minutes simply looking at the city. I looked at the building, the parks--everything that makes up the city of Chicago. I couldn’t see any people as I looked at the city, but I realized something in that moment. There wasn't a single person in the city of Chicago that knew who I was.  I grew up about 50 miles outside of Chicago so this shouldn’t be that much of a shocker. But through my first fifteen years on earth, I thought I was kind of a big deal. I suppose in many ways, the world revolved around me. I thought I was Truman in the “Truman Show.” Then it hit me. Not only do these people, not know anything about me, they don’t even care that they know nothing about it.

Yes, for the first time, I realized that there are other people on the planet.

Other people with families, dreams, jobs, things that stress them out. To the almost 2,700,00 people within the city limits of Chicago, I was irrelevant. Then I thought, how many people are there in the state of Illinois, the country, the world?

I couldn’t get these idea of self-worth, value and significance out of my head.

I think that is why I've started writing this blog.

Most blog that do well, experience success because there is something inherently unique about its content or it's author.  I do not make my clothes out of my wife's hair. I do not cook exclusively with cashews.  But I have fallen in love (a few times...more on that later). I have wrestled with notions of purpose. I have doubted the existence of God.

I guess in a lot of ways, I'm not unique at all. Maybe that's why I'm writing this blog.

Because I think we are all pretty similar.