As a general rule, I don't like New Year's resolutions. First, they hardly ever work. Apparently about 50% of people give up on their resolution by the end of January and 90% by March. Second, most resolutions are things that we all should probably be doing anyways. It feels a little bit like waiting until Valentine's Day to by flowers for your wife--really it's something you should be in the habit of doing throughout the year (which reminds me..I haven't bought flowers for Sarah in awhile...). And lastly, most people are wildly unrealistic in their resolutions. Not to be the bearer of bad news, but you probably wont hike Everest in 2015, you probably can't lose 50 pounds, and Taylor Swift probably isn't interested in committing to a long term relationship with you.

But, with all that said, if one is disciplined and appropriately motivated, they do have a way of forcing you to focus on valuable goals. This is what I'm hoping for in my resolutions.

So without further ado, my two 2015 New Year's Resolutions.

#1 Put my dishes directly in the dishwasher

I'm lazy. It's a problem. It comes out in various forms (e.g., sleeping in too late, eating cereal instead of making dinner, etc.).  Although laziness rears its ugly head daily in many ways, I'm resolving to address one particular aspect. I almost never put my dishes in the dishwasher. Instead, I run a little water over them and set them in the sink to allow them to "soak." Of course the dishwater is only about twenty-six inches from the sink which just accentuates my laziness. I understand this might not seem like the gravest of tragedies, but every time I do this I am basically making my wife clean up after me. Granted, Sarah can choose to ignore the dishes until I take care of them, but I know that she would never let this happen. She likes a tidy kitchen. As a result, one way or another the dishes are getting in the dishwasher.

So because I love my wife and I know her time is valuable, I'm going to clean up after myself. I owe it to her.

A funny thing happens when you go to seminary. In addition to receiving training in the original languages in which scripture was written, and rich explanations of some of the most profound doctrines and theological teachings, seminarians also get fat and grow a beard. Granted, this doesn't happen to everyone, but it is not uncommon for students to gain a little weight and grow some semblance of facial hair (some are more successful than others).

I currently have a beard. And have gained about ten pounds of "bad" weight (i.e., definitely not muscle).

I understand that fifty pushups a day won't turn me into Chris Hemsworth (though, as I've argued before, I do think he should play me in the movie based on my life), but it is a healthy habit and one that I hope evolves into additional fitness goals. Somehow,  I tend to think that if I can do 50 pushups a day, I'll be more motivated to make it to the gym 3+ times a week as well. Hopefully, then, I can start shedding that extra 10 unwanted pounds.

Either way, the beard is staying. Sarah tells me I look like this when I'm clean shaven: 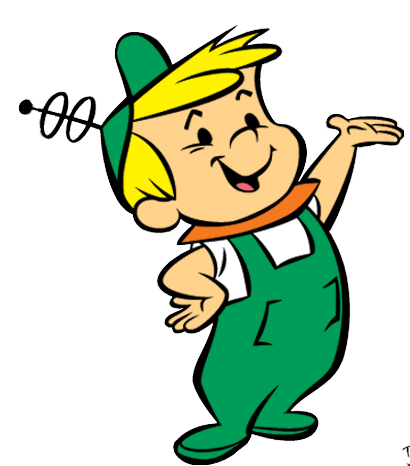 Word of the Year

In addition to my two resolutions, I also came up with a "word" for 2015. Check back later this week for my word.