The Relative Importance of Guacamole (Or, When Someone Else's Life Sucks) 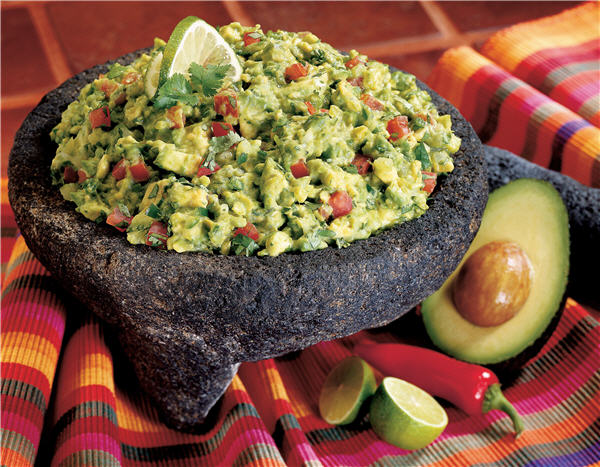 I was talking to a college student yesterday. I've gotten to know him fairly well over the years. I would even venture to say we are close. I think very highly of this student but more often than not our conversations consist of him complaining about something (everything from cafeteria food to the weather to Professor Fill-in-the-blank is fair game). This student also asks really BIG questions. Why are we here; why do we suffer; does God really exist; why would God send some people to hell if he loves them, etc.

I think about these things too. In fact, my sophomore year of college I wrestled with a severe case of depression because I was thinking about these things so much (so did Martin Luther, though, so I think we're in good company).

More often than not, I'm willing to talk through these big questions. I think it's very helpful and productive. Yesterday, however, I had no interest in entering into a conversation about eternal damnation. I was finishing up a long day of work, the Bulls had lost to the Heat by about 86 points the night before; all I wanted to do was go home and eat dinner with Sarah.

But this student had a different idea. He came to my office and plopped himself down in my chair without saying a word. I forced out a weak "Ummm, hi...what's going on?" Of course I really had no interest in what was going on at this point. I mean, Sarah had made guacamole! Guacamole!!!

He avoided eye contact, and while staring at his feet said, "I don't get why some people live and others die." I don't know if he was referring specifically to this or not, but a few months back a beloved student at my institution (i.e. current place of work and alma mater) was tragically killed by a drunk driver. Important question right? But again, there was guac waiting for me at home.

The best response I could muster was, "That's a great question. Some things we will just never know." Although this was true, the student sniffed out pretty quickly that I was very disinterested in having a long conversation. He looked at me, nodded his head, and said, "OK, I guess I'll see you later."

I thought about my response all night (yes, even while eating the guacamole). Sure I was tired, but didn't He deserve a better effort?

The more I thought about it, the worse I felt. This morning it "clicked." Really this was an issue of leadership. People talk about leadership all the time. The President of my employer has done substantial research on the topic and the college really has made it part of their mission to train the "next generation" of leaders. There are a million different leadership strategies. People talk about getting the right people in the bus, rearranging where they sit on that metaphorical bus, driving the bus, repairing the bus, etc. these things are all good and true, but this morning I realized that one aspect of leadership that I fail miserably at is the ability to not allow a bad day to effect how I interact with other people.

A good leader doesn't allow this to happen. The truth is my fatigue and desire to eat guacamole had nothing to do with that student. He was simply asking me to listen, but I was too wrapped up in the movie of my life (starring and directed by me).

I think boundaries are important, and I strongly believe that everyone should have a friend they can verbally vomit to. But I also think an enormous part of leadership (and perhaps friendship) is expanding one's perspective and be willing to not allow your "junk" to influence how you interact with someone else.