Today was a beach day. And a beach day it was. We went to the city of Puerto La Libertad. It was amazing. We spent the day at a small hostel/hotel right on the water. The hotel had two pools, a restaurant, parrots, hammocks and basically all the ingredients needed for paradise (including a black sand beach).

The waves were huge. I'm sure over the past several years the Murphy family has asked God why He called them from California all the way to Massachusetts (namely after a Nor'easter in February I'm sure). But today I think I can confidentially say I know why God moved them to the east coast. Sure coach has done a great job mentoring our guys, teaching them the game, etc. but today I think he saved lives. Our team is made up of players from New England and landlocked states. The waves in the ocean were sizable, and most of our guys had no idea what to do. Without coach being there I think I would still be being thrashed around by the waves. Murphy is essentially a 6'9" bald dolphin. I literally did nothing in the water until I saw him do it first (interestingly enough everything he did looked graceful and fun. Everything I did ended with water up my nose). We needed someone that grew up on the beach (which he did). Our survival depended on it.

The only negative aspect of the beach was that most guys got pretty bad sunburns.

After a day of relaxing we had a clinic and another scrimmage. The clinic consisted of about 25 kids. The game was very similar to our last few games. We won easily and Jordan did a great job sharing his testimony at half time.

I think Park transported a few of his "fans" to Puerto La Libertad. Last night Park was just an ordinary player, at tonight's game he was David Hasselhoff circa 1991. There were also quite a few big fans of Dave Dempsey which explains why Park stopped passing him the ball (just kidding).

We leave tomorrow at 8am to make our way back to Guatemala. We have a game at 7pm tomorrow night.

Hard to believe there is only a few days left... 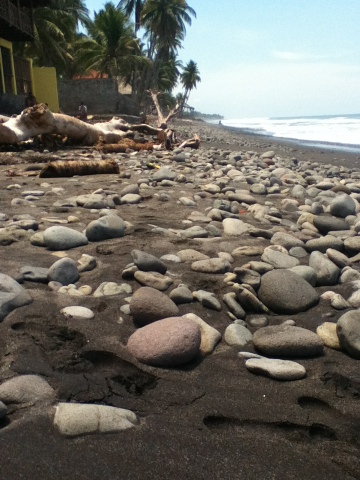 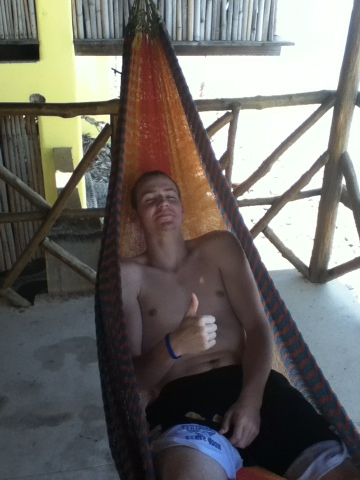 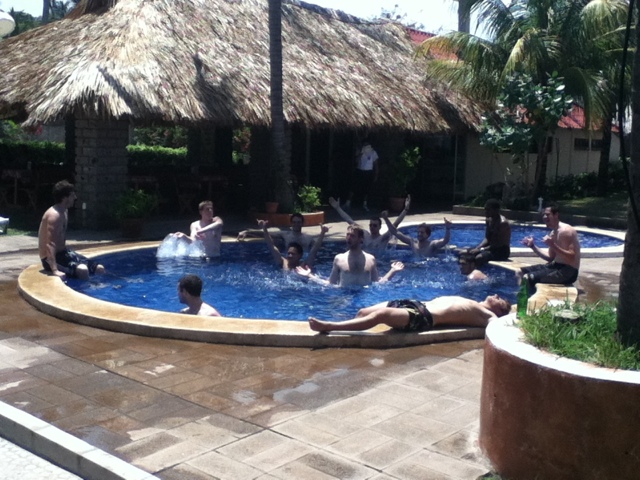 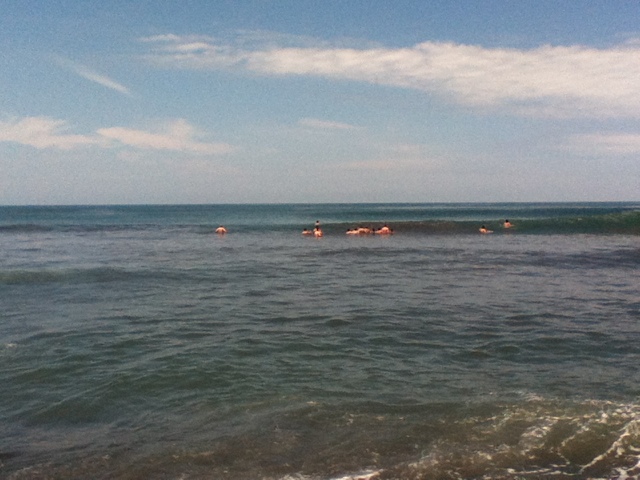 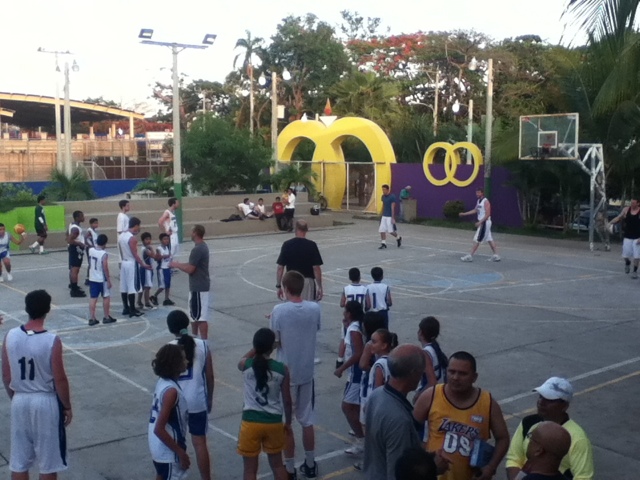 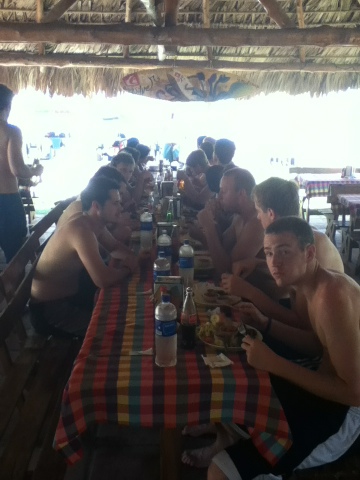 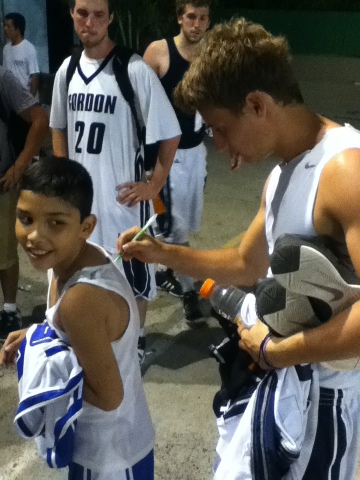 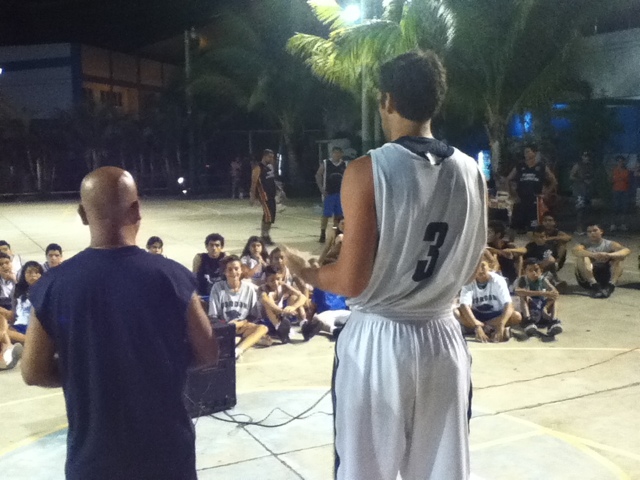 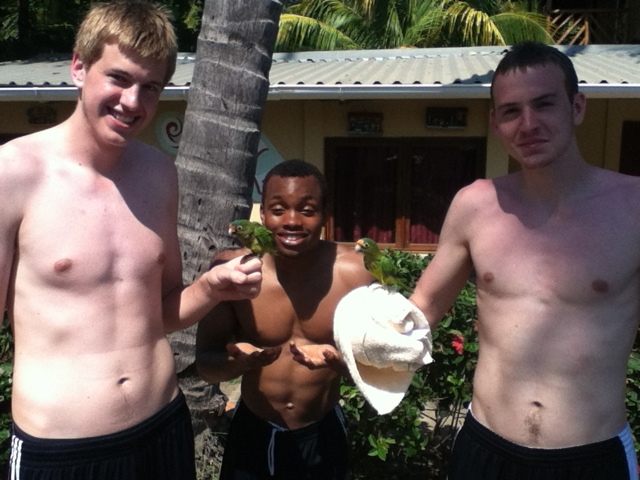 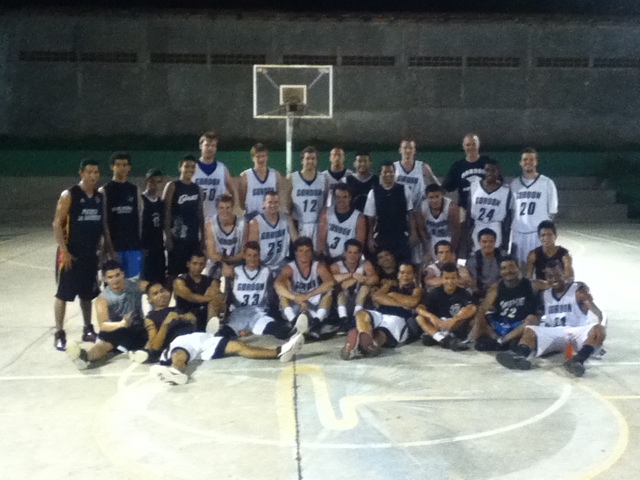 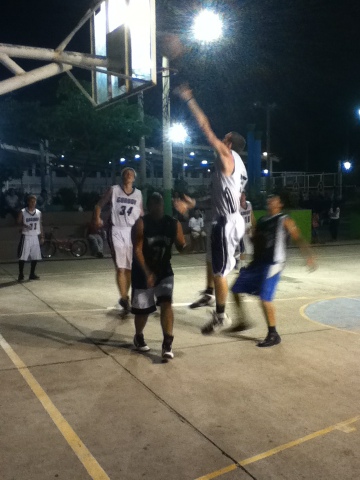