After a five hour car ride, we arrived in El Salvador around 1PM. We were delayed about thirty minutes at the border because of the live monkey that Luke Hamilton had hidden in his bag. Just kidding. There were no problems.

After lunch at Pollo Campero (a very popular restaurant in Central America-imagine a combination of KFC and McDonalds) we made our way to the University of El Salvador. The university team played very hard but were very undersized. We won by thirty. Stephen Herod shared his testimony at halftime of the game. It was incredibly hot in the gym. I think Jordan Kelly lost about 36 pounds. Our manager Matt Sak got in the game for a few minutes. He finished with a few steals, a few assists and one tenacious dunk (everything but the dunk is true).

After killing about forty minutes at a local mall (we were surprised to see a Boston Ice Cream shop) we headed to San Marcos to play one of the top club teams in San Salvador. The environment was great. We played outside at a park in front of an engaged and animated crowd. We ended up winning by four but the guys had to play well to win. It was definitely the best we have played on this trip. The team defended well and played very unselfishly. Dave Dempsey sealed the win with two free throws with about 30 seconds to play but it was absolutely a group effort.

Before the game we were able to chat with the mayor of San Marcos, which was a pretty neat experience. Shaun Roach gave his testimony at the game.

Tomorrow we have a game at 9AM and 7PM. Please continue to pray that the the Lord will move in a powerful way in Guatemala and El Salvador. 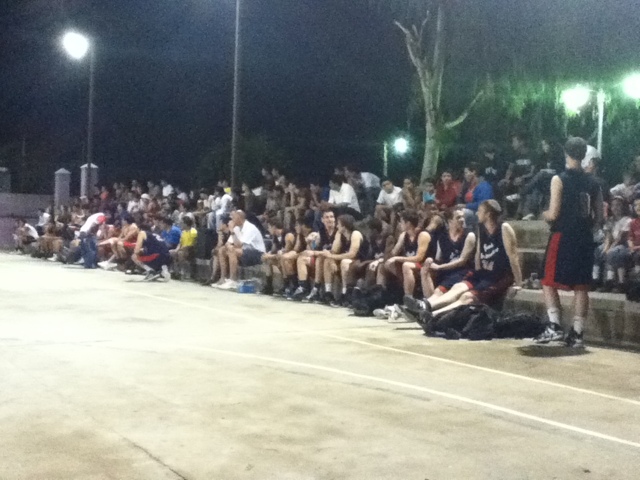 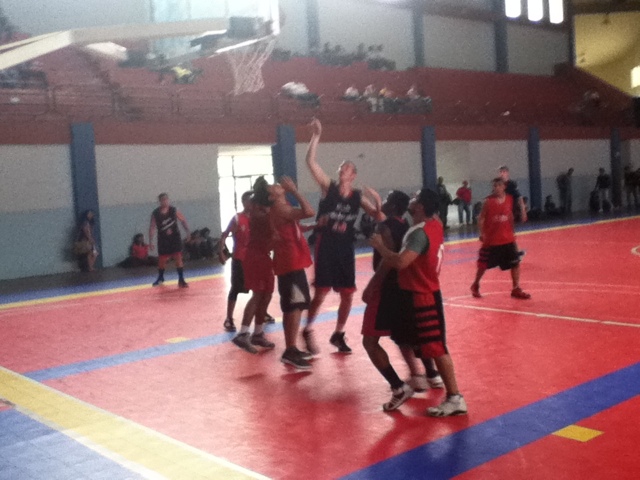 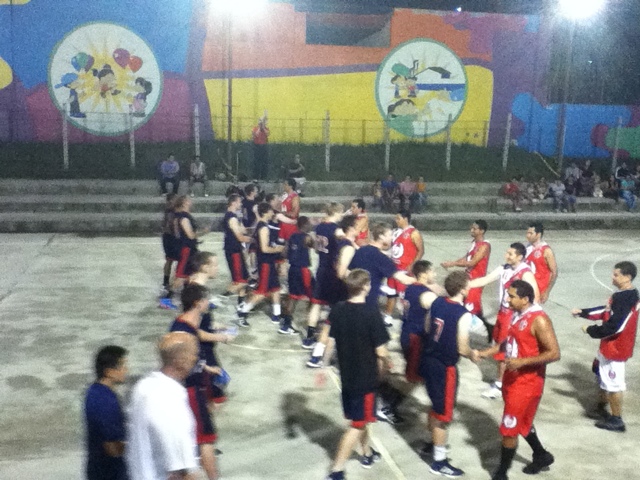 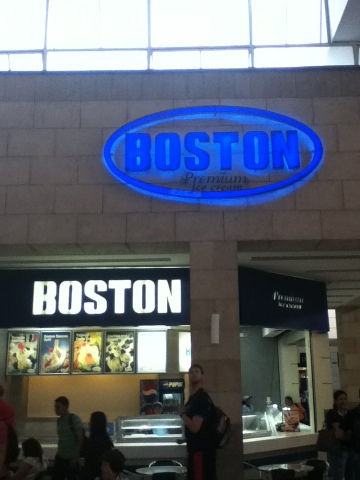 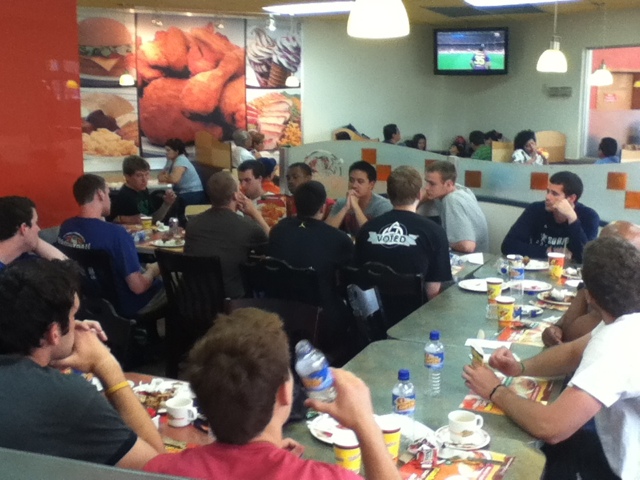 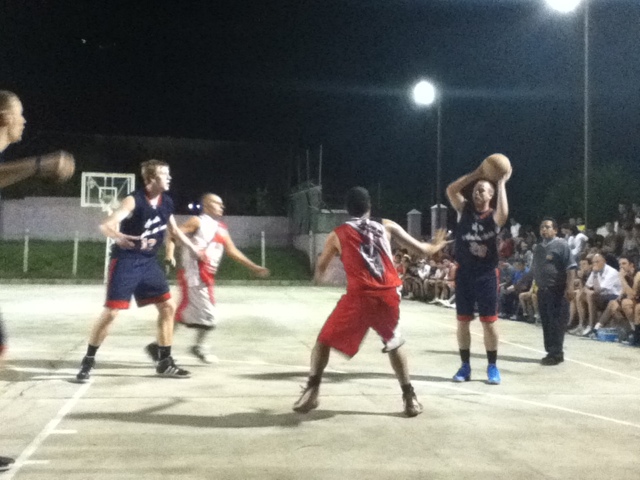 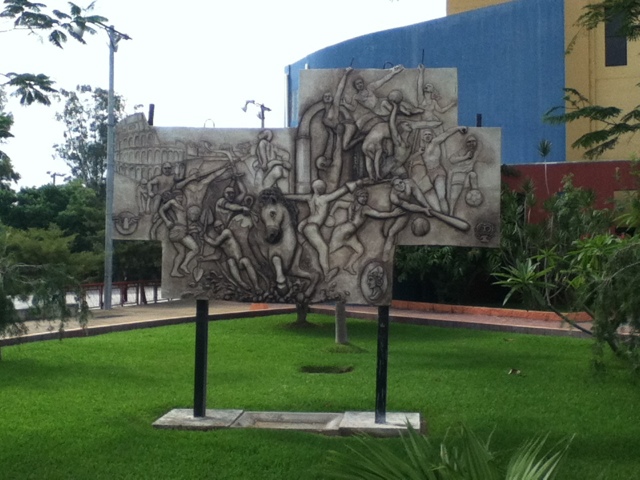 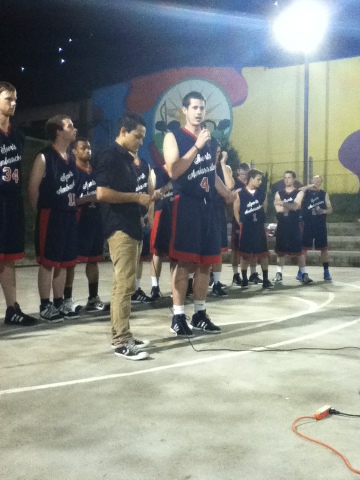 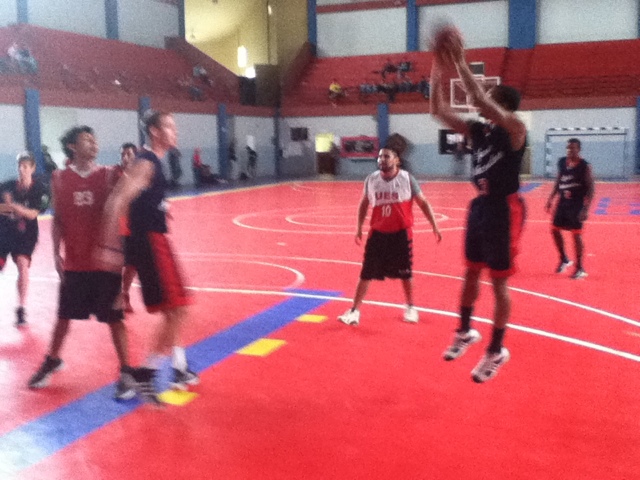 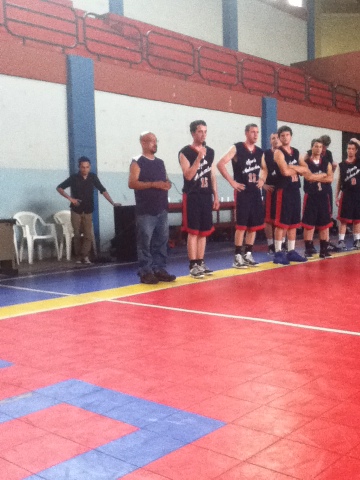 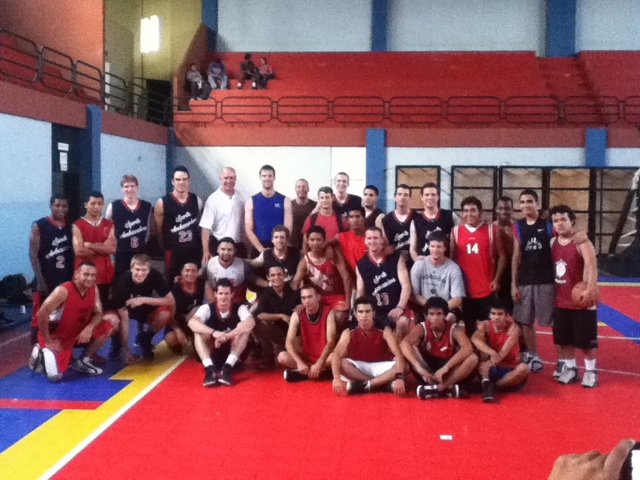 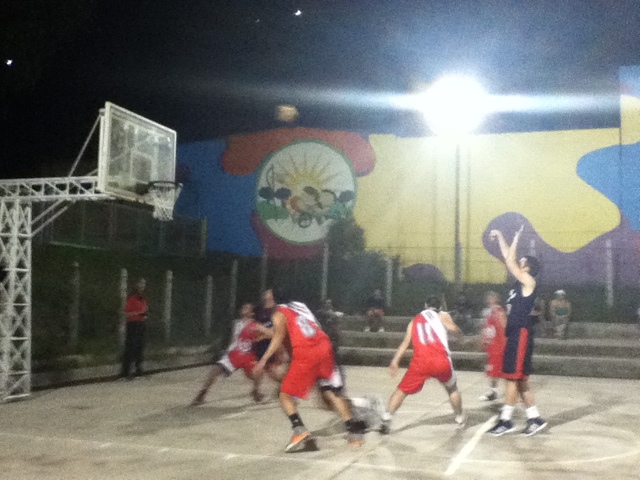 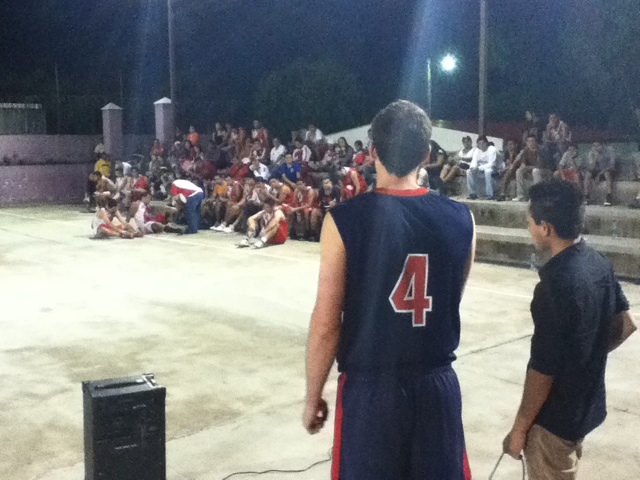 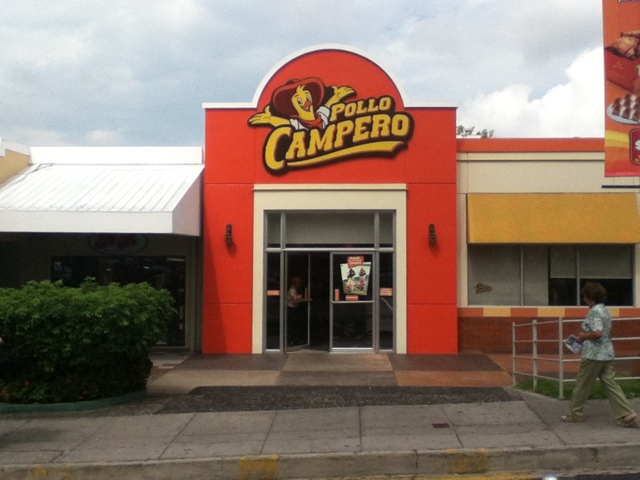 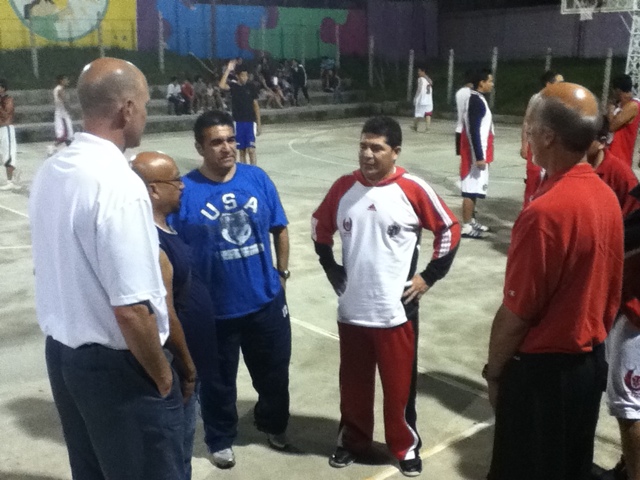 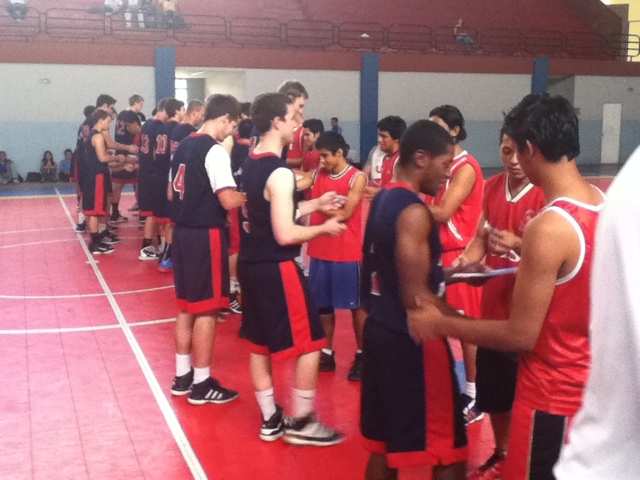 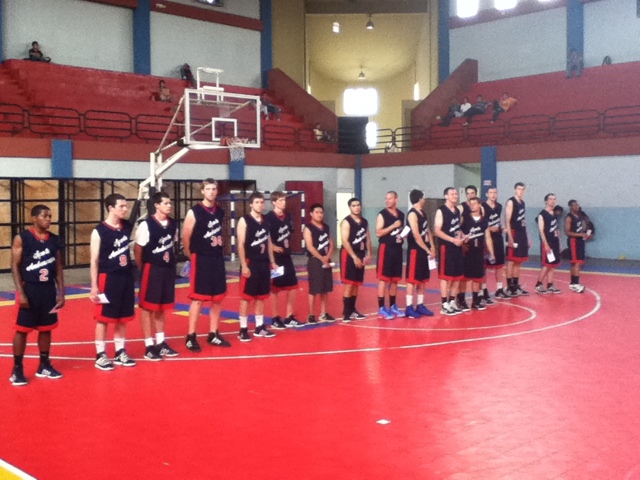